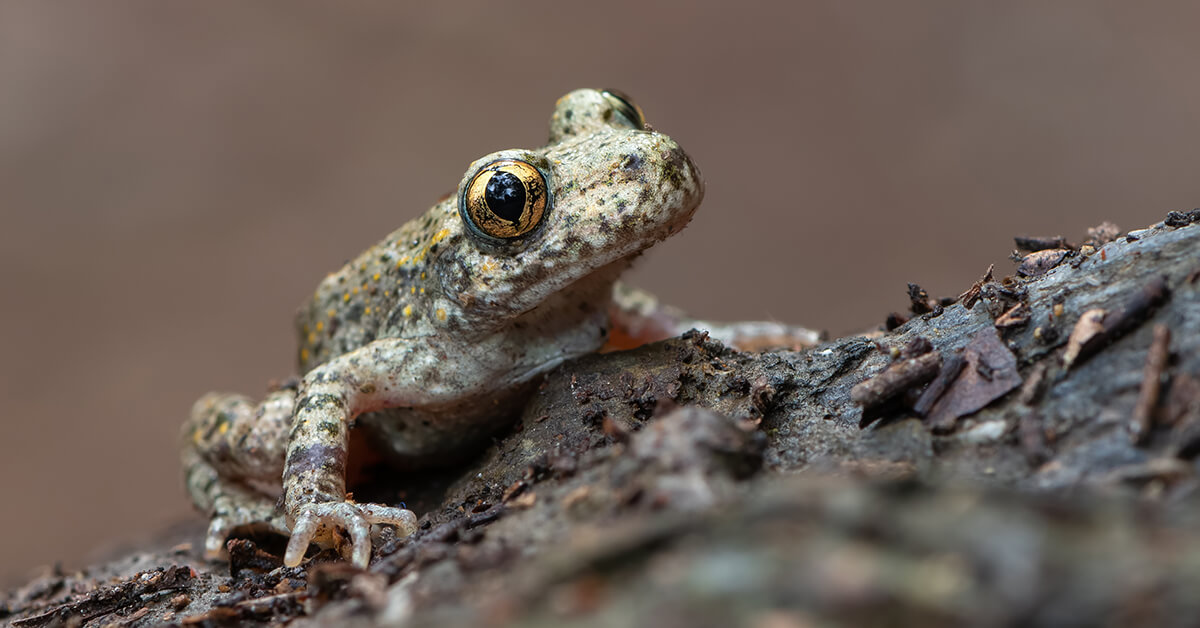 A tiny toad that only exists on Mallorca

The ferreret is a tiny toad that does not live in the wild anywhere else in the world except Mallorca, which means it is endemic to Mallorca. And even on the island it is extremely rare to find, as it hides off the beaten track in narrow, damp and hard-to-reach rock crevices high up in the Tramuntana mountains. So it is not surprising that, although scientists knew of its existence because of several million years old fossilized remains, they had assumed that it had died out around 2000 years ago. Until 1978, none of them had ever seen a living specimen. The surprise was all the greater when it was discovered very much alive in a cave in the municipality of Sóller. Can you imagine what a sensation that was? It was almost like finding a living dinosaur!

Where does the name of the midwife toad or ferreret origin from?

Well, much before scientists discovered the Mallorcan midwife toad in the mentioned cave, it was long before known by Mallorcans who had encountered it on their forays through the mountains. While they did not know this tiny toad would be a sensation for scientists, they gave it the lovely name ferreret, which means “little iron smith”, as its croaking reminded them of the metallic sound of the sound of hammer blows.

As for its Latin name, ‘alytes muletensis’, scientists were inspired by its place of discovery: a cave named ‘Cova de Muleta’ southwest of Port de Sóller.
And what about the strange name of ‘midwife toad’? It refers to their particular reproductive behaviour: once the female has laid the spawn, the male takes over by attaching it to his hind legs, carrying the precious charge around this way for about 3 weeks until the tadpoles are ready to hatch in the water.

Around 5 million years ago, when the Mediterranean Sea dried up almost completely because it was closed off from the Atlantic Ocean due to earth movements, the ancestors of the ferreret living on the Spanish mainland, like other animals, used the overland route and settled on what are now the Balearic Islands. Here there were fewer predators, and so they relaxed: instead of laying 50 or more eggs at once to counteract the constant predation of predators, the ferreret reduced its spawn to barely more than 12. Moreover, it was able to dispense with a defense mechanism that its ancestors had developed to protect themselves from enemies: these were characterised by a skin provided with warts and glands. Once in its new environment, it no longer needed to protect itself from enemies with the help of an unpleasant smell, and so in the course of evolution it developed an almost smooth skin with only a few skin glands.

Species protection on Mallorca – why is the ferreret an endangered species?

Despite the fact that this tiny toad (it is barely 4 cm in size) has survived to this day, its life on Mallorca is anything but easy.
While it initially felt at home for a long time on the entire island of Mallorca and on Mallorca after its arrival, the first threat came from the viper snake, probably introduced by the Romans around 2000 years ago, on whose menu both the tadpole and the adult ferreret are high up. This is one reason why, in the course of time, it has moved higher and higher up into the Tramuntana mountains.

But even in modern times, the little toad has to struggle again and again with circumstances that cause its population to dwindle dramatically. In 2002, for example, a fungal infection caused concern among conservationists in Mallorca. Thanks to elaborate campaigns in which individual populations of the ferreret were subjected to anti-fungal treatments and torrents were disinfected, this danger was brought under control in 2015.

Other changes threatening the existence of the little toad, which make it necessary to secure its population again and again by breeding, are nowadays above all the constant building development on the island, the water shortage due to the extremely high water demand in the high season, the increasing hiking tourism and the pollution of the waters by bottling plants of drinking water from the Tramuntana. 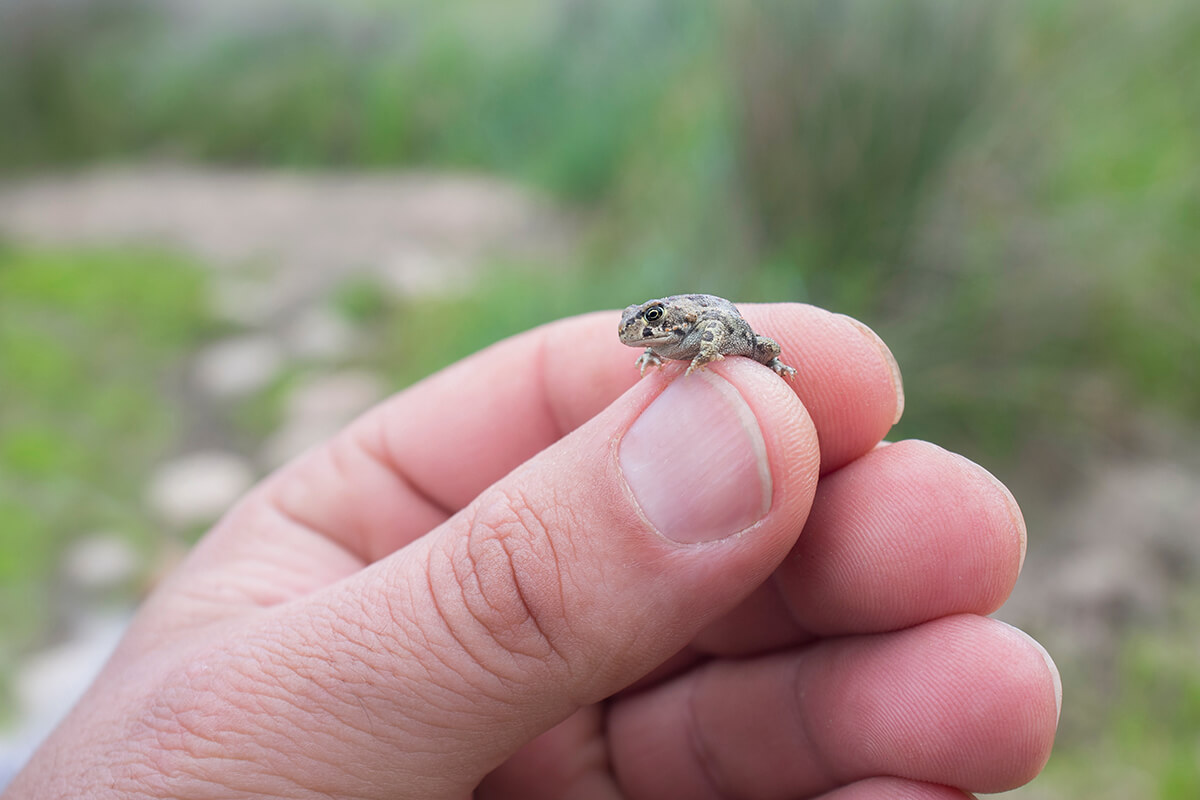 And how is this little toad doing today? We have good news: it still exists! Thanks to various species protection programmes, the population of this small, friendly amphibian has stabilized. Since its rediscovery, initiatives to protect the ferreret and save it from extinction have been unprecedented. Viperine snakes were relocated to other areas, such as the S’Albufera wetland, as soon as they were discovered near the ferreret’s restricted habitats. Thanks to a special protection program of the ferreret initiated by the Mallorcan authorities in 1985, the tiny toad started receiving support even from outside the island: Zoos and institutions in England (Jersey, Kent), Germany (Stuttgart) and Barcelona started captive breeding programs in order to bring new ferrerets each year to Mallorca. And last but not least, of course, the designation of the Tramuntana as a World Heritage Site should ensure that the habitat of this species, which is unique in the world, is preserved.