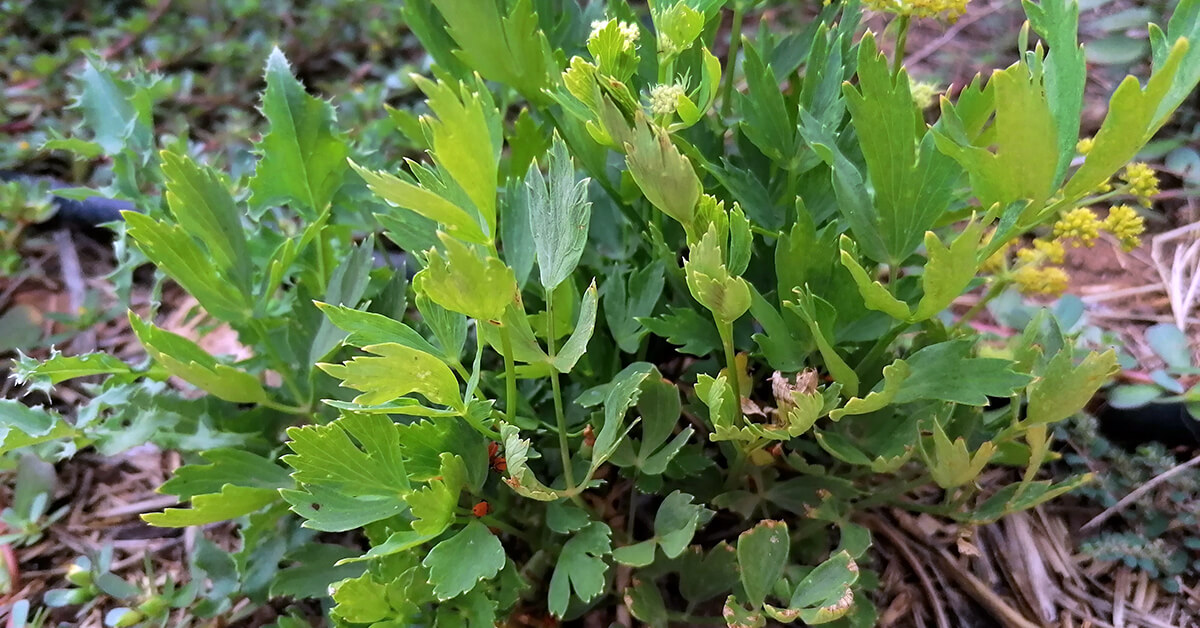 Lovage: an underestimated jewel in our herb garden

To answer a frequently asked question right away: yes, lovage and “maggi herb” are one and the same plant. Though lovage in the 16th century in fact was commonly used in love potions, the word itself has nothing to do with “love”. “Lovage” derives in a rather roundabout way from the Latin name levisticum. As the plant was known before in France, it is supposed to be a derivation of the French word “liveche”. In the course of the last century, the synonym “Maggi herb” became more and more popular, as the aroma of the popular kitchen plant is strongly reminiscent of the famous spicy sauce – which, by the way, does not contain lovage at all.

Lovage was supposedly first discovered as an excellent seasoning in the Middle East, from where it made its way to Europe accross the Mediterranean. Nowadays it is appreciated for its strong flavor to top plenty of recepits such as stews, soups, mushroom and potato dishes, hearty meat and fish dishes, sauces and salads. You can already guess this when you grind its leaves between your fingers – they smell a little salty and like celery afterwards. But there’s so much more hidden in this plant! 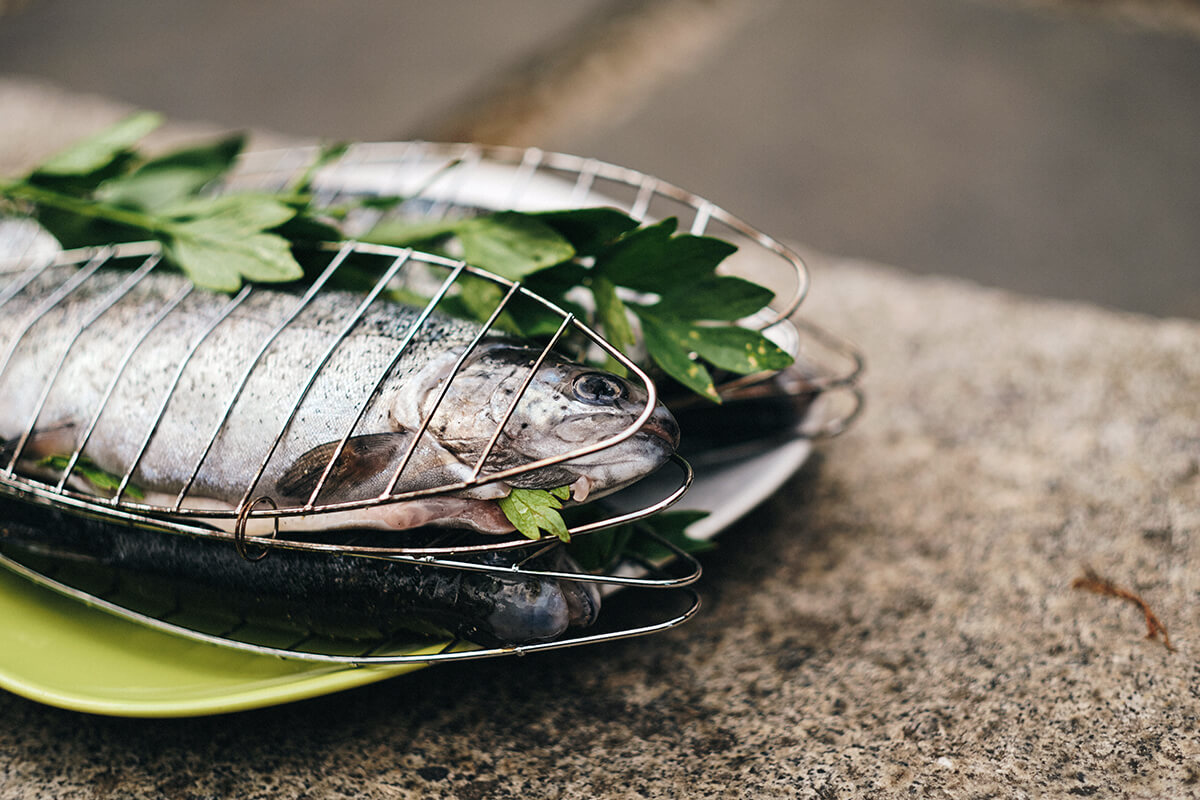 Collected fresh from the field and organically grown in the region – can you imagine a more healthy and sustainable way of getting your food? But what makes lovage such a better choice compared with instant seasonings?

Most of them contain the synthetically produced flavour enhancer glutamate (E621), which, consumed in certain quantities, is considered harmless. However, nowadays, apart from stock cubes, it is hidden in a whole range of products such as pizza, snacks, dips and instant soups. With the help of glutamate, food manufacturers are able to potentiate the flavor of their products, which helps to save money on more expensive raw materials such as ham, cheese or shrimps. The catch is that glutamate invites us to eat more than we need. Ever tried to stop snacking on chips before the bag was finished? This is just one good reason to fall back on good old lovage: it does not only add the same flavor to your dishes, but also hides plenty of health benefits that have been somewhat forgotten in recent decades. 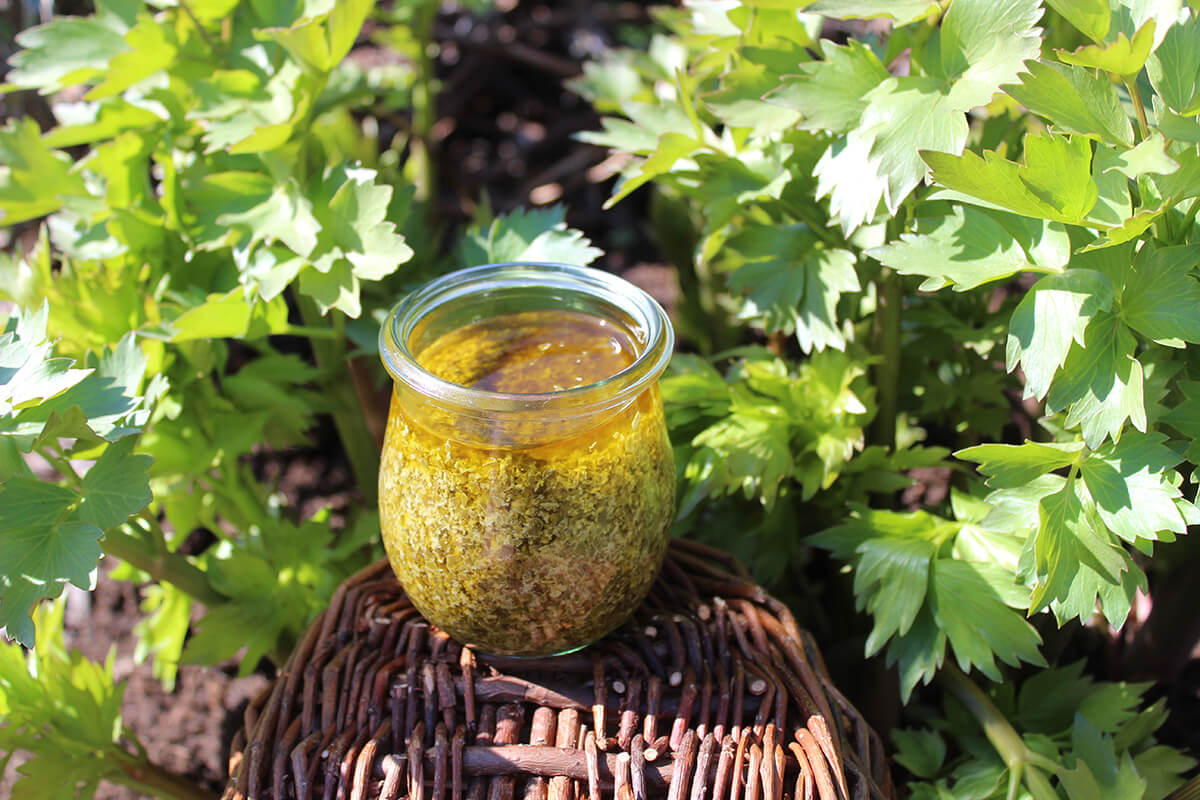 If you want to avoid industrial seasoning, you can make your own with this simple recipe. And this is how it works:

Lovage as a medicinal plant 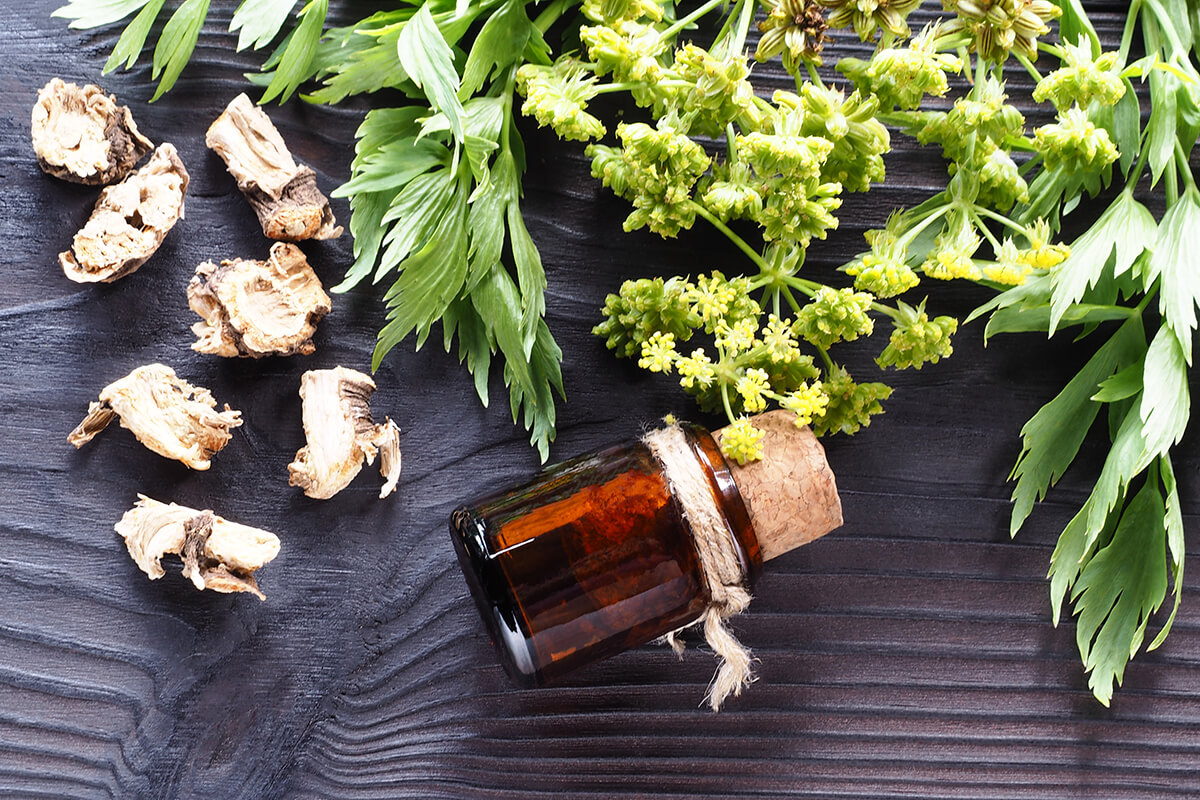 While the green leaves, reminiscent of parsley, are mainly used for culinary seasoning, the medicinal effect is especially found in the root of the plant. It contains a particularly high concentration of essential oils, which contribute significantly to the medicinal effect. Consumed as an infusion, the root is said to have the following properties, among others:

By the way: To preserve fresh lovage, you can simply let the leaves air-dry or freeze them. Frozen, it will keep for up to a year. When dried, it should be stored in a light and airtight container. In this form, lovage can be kept for several months.

We wish you Bon appétit and good health with our organically grown lovage from Fresopolis!

Want to know what’s so special about the new hot

Fancy a cozy, shady place with lots of sweet anima